WHEN ARE CHICAGO PATIENTS AT THE GREATEST RISK OF MEDICAL MALPRACTICE? 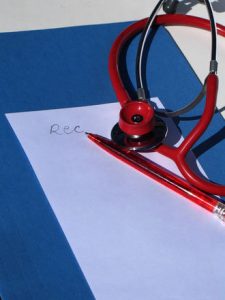 Understanding which doctors are sued most for medical malpractice and in which settings can help patients to know when they must take extra precautions to identify qualified care providers who are less likely to make devastating mistakes.

There are high rates of medical negligence and medical mistake across all medical professions. In 2010, American Medical Association conducted a study of physicians. Medscape reported on the results of this survey, which revealed 42.2 percent of physicians face medical malpractice lawsuits at least once in their careers. For doctors practicing a long time, there is a 61 percent chance of at least one lawsuit. In addition, 22.4 percent of surveyed doctors said they had been sued at least twice.

Certain physicians were much more likely to be sued than others. A survey of around 4,000 primary care doctors and medical specialists was conducted by Medscape to find which medical fields were the highest risk for lawsuits due to medical errors. Fifty-nine percent of survey participants said they had been named as defendants in at least one lawsuit, and 12 percent said they had been named as the only defendant (there were no others besides the doctor who were sued for responsibility for the medical mistake).

The medical professionals with the highest rate of lawsuits included obstetricians and gynecologists (OB/gyns) as well as surgeons and orthopedists. A total of 85 percent of ob/gyns had been sued, while 83 percent of general surgeons had cases filed against them and 79 percent of orthopedists had faced accusations of medical negligence from patients.  When finding specialists and care providers within these particular medical areas, patients must be especially careful to do thorough research and find qualified professionals who are less likely to make dangerous medical errors.

Surgeons were the doctors who had the highest rate of situations where they were the only one sued.  These cases mean the victim of the malpractice does not believe hospitals, other care providers, or anyone besides the surgeon was responsible for the error.  Twenty-three percent of cases against general surgeons were single-defendant lawsuits against the surgeon. In 23 percent of suit against orthopedists, the orthopedist was the only one sued and in 18 percent of cases against ob/gyns, only the ob/gyn was named as the defendant.

Patients were especially likely to file lawsuits for botched treatments and medical mistakes which were made when they were receiving inpatient care.  These cases had the highest rates of payouts, with 48 percent of claims alleging mistakes made in inpatient care resulting in compensation to plaintiffs. Doctors who work as sole practitioners were more likely to be sued compared with doctors working in single-specialty groups. Patients need to be aware of high risk situations and specialties so they can better determine who should be providing their care.