WHAT CAN DOCTORS DO TO PREVENT HOSPITAL-ACQUIRED INFECTIONS?

A routine procedure in a hospital can suddenly turn into a potentially deadly ordeal if the patient acquires sepsis, which is the body’s extreme response to an infection. Between one-third and one-half of deaths in U.S. hospitals are linked to sepsis, according to STAT news. 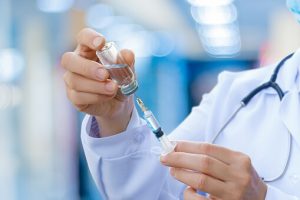 After he developed sepsis following hernia surgery, Ken Rothfield – who is a doctor – implored his colleagues to commit to early detection and treatment of the life-threatening condition, according to Business Insider.

“You must know when your patient is suffering from sepsis,” Dr. Rothfield said, according to Business Insider. “Clinical studies show that mortality is significantly reduced if septic patients are identified at early stages of the disease process.”

Dr. Rothfield suggests his colleagues can save lives by taking the following steps:

In his case, sepsis came on quickly for Dr. Rothfield, who was admitted for hernia surgery on a Thursday. The next day, he was septic, but doctors did not remove a section of gangrenous intestine until Saturday. Better patient monitory could have led to an earlier intervention, he stated.

Researchers are beginning to learn more about sepsis and related hospital acquired blood stream infections (HAIs), which could lead to earlier detection and prompt treatment.

While substandard infection control practices often is to blame for HAIs (such as unclean instruments), a Stanford University School of Medicine study shows that a patient’s own digestive tract may cause bloodstream infections, according to Dark Daily. The human intestine is packed with 1,000-2,000 different germs. If bacteria gets into the bloodstream during a procedure, the patient may get an infection.

Prior to the research, doctors had a hard time pinpointing the source of blood infections. Without knowing the source, the infection could return after a patient was treated with antibiotics.

According to researchers, the finding could lead to faster and more accurate diagnoses of bloodstream infections.

WHAT TO DO IF YOU HAVE HOSPITAL-ACQUIRED SEPSIS

Healthcare professionals who are vigilant and follow proper protocol can reduce the risk of sepsis in a hospital. But unfortunately, doctors, nurses and other healthcare workers sometimes fail to follow proper procedures. As Dr. Rothfield’s case illustrates, a potentially deadly infection can manifest itself quickly and have devastating consequences.

If you or a loved one acquired sepsis in a hospital, you will need a knowledgeable legal advocate at your side. The doctor, the hospital and their insurance companies may push back against any claims of malpractice. But at Deratany & Kosner, we know the truth. Trust us to handle your claim while you focus on getting better. Contact Us today to learn how we can help.