CASE FILED TODAY ON BEHALF OF THE ESTATE OF JORDAN RODRIGUEZ, A FIVE-YEAR-OLD CHILD WHO DIED IN THE CARE OF HIS MOTHER

CHICAGO – Deratany & Kosner recently made national headlines with its historic $45 million verdict from a Cook County, Illinois jury on behalf of the estate of Lavandis Hudson, a two-year-old child who died in the care of his mother. 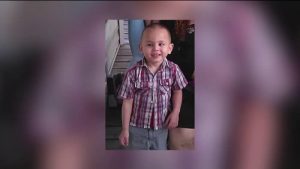 Deratany & Kosner is known for advocating justice for abused or neglected children, holding the negligent agency accountable. The firm continues to raise awareness of abused children and the negligence of the child welfare system on a national level. Deratany & Kosner’s past work on behalf of foster care victims has resulted in changes to lawsin two states.

Jay Paul Deratany, founder of Deratany & Kosner, is fiercely dedicated to bringing justice to the flawed foster care system in the United States. “The cases I have seen and know of are unfathomable and heartbreaking. These children have no voice in the system and the people who want to help them rarely can navigate through the system. Deratany & Kosner works to give children a voice, to provide justice for the children who have died while using their legacy to implement change,” said Deratany. “Our role is to create change to save lives through impact litigation.”

Deratany went on to explain, “Often times, unfortunately, corporations fail to act unless their bottom line is impacted. We have seen this time and time again in the auto industry, with product manufacturers and in countless other industries. Change within these industries comes when there are verdicts against them. Many foster care companies are in the business of securing contracts from the states for hundreds of millions of dollars, and making sizable profits by placing children and supervising child care services. They get away with providing substandard foster care and supervision of children, yet they continue to make a profit even though they violate state codes and regulations. Only by filing lawsuits that affect their bottom line will there be better oversight by them within the foster care system…it is literally making an impact with litigation.”

Jordan Rodriguez, a five-year-old from Cuyahoga County in Ohio, was developmentally disabled and could not speak; he died in the care of his mother Larissa Rodriguez and her boyfriend Christopher Rodriguez. Both adults pleaded guilty to involuntary manslaughter, felonious assault, endangering children and offense against human corpse for burying the child in their backyard. Deratany & Kosner, on behalf of Jordan’s estate, is suing Catholic Charities. Catholic Charities was contracted by Bright Beginnings, a publicly funded agency under the umbrella of the county’s educational services department, to provide services to Jordan and the family. The complaint alleges that Catholic Charities’ worker failed to make the visits that she claimed to make, and also entered into a scheme with Larissa Rodriguez where Larissa would give the worker her food stamp card in return for cash. Randazzo Law serves as local counsel for the Jordan Rodriquez case.

Five-year-old Ta’Naejah Nicole McCloud died in the care of her mother, Tequila Crump, and her mother’s girlfriend Ursula Owens; both were found guilty of reckless homicide and endangering children. Ohio’s Cuyahoga County Department Children Family Services (CCDCFS) ignored repeated complaints of child abuse and failed to investigate and remove Ta’Naejah from her abusive home. The month before Ta’Naejah’s death, CCDCFS had been to the home of Tequila approximately eight times as a result of abuse complaints. Orbal, Silk & Associates serves as local counsel for the Ta’Neajah Nicole McCloud case. The case was filed September 25, 2018.

In Illinois, seventeen-month-old Sema’j Crosby died in the care of his mother Sheri Gordon, who had cognitive limitations and was noted by Children’s Home & Aid to have difficulty participating in services and an inability to comprehend directions; her four other children and up to fifteen other people lived in and/or frequented the home, which was later condemned and deemed uninhabitable. Sema’j’s father James Crosby, special administrator for his estate, is suing Children’s Home & Aid Society of Illinois d/b/a Children’s Home & Aid, an Illinois Not-For-Profit Corporation. The case was filed August 21, 2018.

Deratany has a proven track record of helping the underserved with his most recent foster care case awarding the Estate of Lavandis Hudson $45 million. Hudson was a two-year-old who died after being negligently released into the care of his biological mother. Deratany also won the largest jury verdict in Lake County, Illinois history ($23 million) and he has been voted one of the top 100 lawyers nationwide, and one of the top Illinois lawyers, since 2007.He was selected as one of the Top 100 Illinois Litigation lawyers for 2016, by the American Society of Legal Advocates (ASLA). Those chosen by ASLA have shown a demonstrated excellence in their field and sustained commitment to the profession. In 2017, Leading Lawyers selected him as one of the nation’s top lawyers.

Previous Post
Can My Medical Records Have Errors? A Chicago Attorney Explains
Next Post
Lawsuit filed on behalf of five-year-old boy’s estate