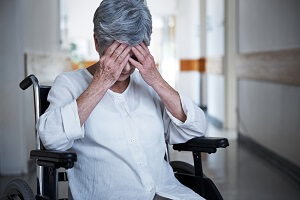 Reporters discovered more than 1,000 nursing homes had been cited for mishandling cases of suspected sexual abuse and rape of patients by nursing assistants. That figure likely vastly under-represents the actual number, given that so many cases go unreported or improperly investigated. There were also detailed instances of serial abusers who moved from nursing home to nursing home, even when there was a long history of serious allegations against them.

In response to the report, the National Association of Health Care Assistants promised to take decisive action. The organization released a statement saying it was both “saddened” and “sickened” by the report, and was working to immediately start bolstering its training and education efforts. In particular, the group said it intends to increase efforts to ensure nursing assistants are aware of how to identify potential nursing home abuse and report it promptly and properly.

There are also calls for increased support of a bill introduced earlier this year by Rep. Andrew McDaniel (R -MO) that would legalize the use of hidden cameras in nursing homes.

That doesn’t mean victims won’t still face an uphill battle. A federal law submitted by a Republican representative from Iowa would limit the legal liability of nursing homes, doctors, medical facilities, and companies. Supporters say they are merely looking to slash health care costs. Opponents say the law would make it harder to hold facilities accountable for egregious cases of nursing home abuse – including physical or sexual attacks, like some of those detailed in the CNN investigation. The outcome would be that the cost of pursuing a lawsuit against these agencies would outweigh whatever monetary award victims would be able to recover. That’s harmful for two reasons:

Absent the concern about a nursing home abuse lawsuit, these facilities can essentially do whatever they want. That’s not acceptable when you’re talking about people who are vulnerable and elderly, suffering from the trauma of such a violation – sometimes repeatedly.

CNN reporters say they heard responses from numerous former nursing home employees who reported they were fired for having the nerve to speak out about sexual abuse at the facilities where they worked.

Chicago isn’t immune to these types of cases. Late last year, the Chicago Sun Times reported the case of a woman in her 60’s suffering from Alzheimer’s who, according to the suit filed, developed a sexually-transmitted disease while she was a patient at a suburban nursing home residence in Cook County. She reportedly stayed at the facility for seven weeks before she passed away. Her son has filed a lawsuit seeking damages against the nursing home. The five-count wrongful death lawsuit alleges there was no clear plan implemented to prevent sexual abuse of vulnerable residents.