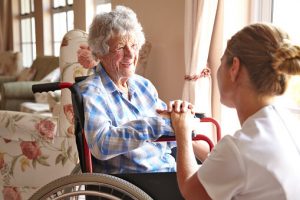 Investigators who looked at records from 2015 to 2016 found 134 cases of abuse that involved physical and sexual assault of nursing home residents. Injuries to the victims were severe enough to send them to the emergency room, but police were never informed in over 25 percent of the cases.

The government alert finds that the Centers for Medicare & Medicaid Services (CMS), the nursing home regulating agency, must improve its procedures to make sure that cases of abuse or neglect are identified and reported to police.

The Office of Inspector General, which is part of the Department of Health and Human Services, has been reviewing nursing home abuse and neglect and expects to issue a full report next year, according NPR. Investigators decided to send out an alert while the review was underway, because they determined immediate fixes were necessary.

According to NPR, most of the 134 cases involved sexual assault. While the incidents happened across the country, the state with the most number of abuse cases was Illinois.

In 28 percent of the 134 cases of abuse, nursing homes violated federal law by failing to alert police within the required time frame. In 2011, a federal law was strengthened. The law requires people who suspect serious bodily harm to a nursing home patient to report the incident to police within two hours. Someone who suspects abuse or neglect that does not rise to the level of serious bodily harm must report the incident within 24 hours.

Curtis Roy, an assistant regional inspector general in the Department of Health and Human Services, told NPR that his agency was so concerned that they decided to report all 134 cases to the police. “We’d rather over-report something than not have it reported at all,” Roy told NPR.

Investigators also faulted the CMS for not doing enough to track these cases of abuse. They recommend that the CMS cross-reference Medicare claims from nursing home residents with claims from the emergency room. An emergency room claim could reveal a case of physical or sexual assault.

Roy told NPR the 134 cases represent “the worse of the worst.” They involved victims who were injured so seriously they needed hospital treatment. He said he believes there are many more abuse cases that are never reported to police.

If your loved one was abused or neglected while living in a nursing home, you may be entitled to compensation. Our experienced Chicago attorneys have helped families pursue justice after a loved one was injured or died. It’s important to contact a lawyer as soon as possible after you suspect nursing home abuse or neglect. With legal counsel, you will ensure your rights are fully protected.

Call Deratany & Kosner at 800-529-7285 or complete the online contact form for a free case consultation.

Previous Post
Is Illinois addressing child abuse in foster care or adoptive homes?
Next Post
Who is Responsible for Complications in Robot-Assisted Surgery?