Despite cutting-edge technology and advances in medicine, some patients may still receive a cancer misdiagnosis. How does it happen? In some cases, a lab worker mixes up or contaminates specimens. Other times, a doctor gives a wrong cancer diagnosis or interprets a test result incorrectly. 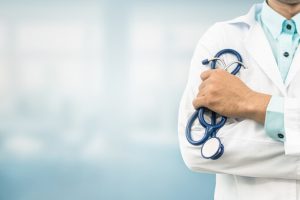 A little over 1 percent of patients screened for prostate cancer are informed that they have cancer when they don’t, Bucshon told Medcape. He cited mix-ups or cross-contamination in laboratories as the reason for the misdiagnosis.

The bill he’s sponsoring, the Prostate Cancer Misdiagnosis Elimination Act of 2017, would force Medicare to pay $200 for testing that involves obtaining a DNA sample from a patient and comparing and matching it to the patient’s biopsy tissue. A medical professional would use a cotton swab to obtain DNA from inside the patient’s cheek. If the DNA sample matches the biopsy tissue, then a diagnosis that tests positive for cancer would be accurate.

According to Medscape, in 2016 Medicare paid for 148,000 prostate biopsies, but the government health insurance program for low-income people doesn’t pay for DNA tests to confirm identities.

A doctor’s error can lead to a cancer misdiagnosis

While the proposed bill appears to be well-intentioned, another doctor stated in the Medscape article that DNA testing will not bring an end to cancer misdiagnosis.

A DNA sample obtained from a cheek sample will also be handled by people in labs. The potential for a mix-up exists in the genetic lab as well as in the lab which handles the biopsy tissue, said Dr. Thomas Wheeler, who spoke with Medscape.

What’s more, the problem of cancer misdiagnosis extends beyond mistakes made in the laboratory. Doctors sometimes give a wrong cancer diagnosis. Pathologists who are trained to interpret test results can make errors. Medscape states that 2 percent of patients may receive misdiagnoses based on interpretive errors.

To reduce the rate of interpretive errors, patients should receive second opinions when diagnosed with cancer. Fortunately, Medicare does cover the cost of receiving a second opinion.

At the Deratany Firm, our experienced attorneys understand how frightening a wrong cancer diagnosis can be for patients. In some cases, patients are tested and told they do not have cancer – only later to find out a doctor, a lab worker or another medical professional made an error.

A failure to diagnose cancer can have tragic consequences. Early treatment is critical in the fight against cancer. The earlier the diagnosis is made, the better the prognosis is for the patient. Likewise, a false positive diagnosis can have significant consequences, as patients may be subjected to debilitating and invasive unnecessary treatments.

If you or a loved one received a cancer misdiagnosis, you don’t have to be alone in your quest for justice. Talk to us at Deratany & Kosner. Call 800-529-7285 or complete the free consultation form on this page. We fight on behalf of our clients to hold medical professionals accountable for their actions.