The majority of nursing homes have been slyly inserting arbitration agreements into admissions paperwork. An arbitration clause restricts the rights of a resident, or resident’s family, from filing a lawsuit if a dispute arises, including disputes stemming from poor care and cases of abuse or neglect resulting in serious injury or wrongful death. It removes the civil justice system as an option for victims seeking compensation for losses caused by a nursing home’s failures. Instead, disputes are resolved in an arbitration proceeding. The arbitration proceeding is generally more secretive than a court trial would be, and there are times when the victim who is pursuing an abuse or neglect claim must pay a part of the fees of the arbitrator. 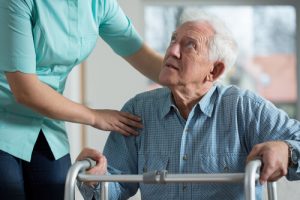 In short, getting justice in abuse and neglect cases is much more difficult if a nursing home puts an arbitration clause in paperwork. When a senior admits himself to a nursing home, or is admitted by family members with power of attorney (POA), the senior or his agent named by the POA often signs nursing home paperwork without fully realizing what an arbitration clause does. It is a monumental and life-changing decision to go to a nursing home and it is often made under duress because of a serious medical situation, so it is not surprising that those signing admissions paperwork may not be able to effectively read and interpret pages of fine print.

Many victims of abuse or neglect, and their families, object to the enforcement of these arbitration clauses. They’ve been challenged in state courts and are being challenged now in the U.S. Supreme Court. A decision by the Supreme Court could potentially restrict nursing homes in their practice of using admissions paperwork to restrict the rights of abuse victims.

The case that is before the U.S. Supreme Court is Kindred Nursing Centers v. Clark. In hearing this case, the Supreme Court is actually going to be making a decision on three consolidated wrongful death claims in which nursing homes claimed that arbitration agreements prevented civil actions in court. In each of the cases, the arbitration agreement was signed by an agent who had power of attorney, not by the residents themselves.

A lower court decision on the case from the Supreme Court of Kentucky was in the plaintiff’s favor. The Kentucky court found that the arbitration agreements could not be binding because the agents weren’t specifically granted authority in the power of attorney to waive the right of a nursing home resident to a civil trial. The Supreme Court will decide whether to uphold or overturn the lower court’s ruling.