According to a recent survey by the National Coalition on Heath Care and Best Doctors, INC, the rate of misdiagnoses is anywhere from 15 percent to 28 percent. Researchers set out to determine the reasons for this high rate and what steps, if any, could be taken to reduce it. They surveyed 400 physicians, medical oncologists and surgical oncologists and found that there were many contributing factors to cancer misdiagnoses including: 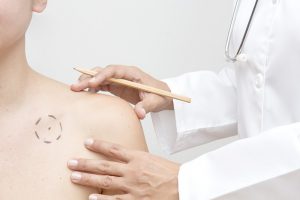 These factors have led to a delay in diagnosis or misdiagnosis for many cancer patients. A well-known case recounted in a New York Times article about missed cancer diagnoses concerns Marianne A. Paget, an Illinois woman whose sarcoma went undiagnosed for nearly a year and who wrote two books about medical misdiagnosis, including The Unity of Mistakes, “a landmark text on the nature of medical error,” according to Temple University Press. The New York Times article also prompted hundreds of comments from readers who recounted their own personal experiences with doctors who failed to diagnose cancer in them or loved ones.

In Paget’s case, she initially visited her doctor because of persistent back pain. Her doctor examined her but did not order an X-ray. Later, when she went to another doctor in Florida, that physician did order an X-ray but misread the results and didn’t notice any abnormal growth. By the time Ms. Paget was diagnosed with cancer, her sarcoma had progressed too far. Had her doctor ordered an X-ray when she came in complaining of back pain, she might have received her diagnosis much earlier and as a result she would have had a better chance of recovery.

We need to raise the standards

Many of the medical oncologists, surgical oncologists and pathologists who were surveyed listed incomplete or inaccurate medical information systems as a leading cause of misdiagnosis, the New York Times reported. Specifically, many doctors often don’t know or don’t have access to information about past symptoms reported by patients at previous doctor visits. As a result, many medical professionals treat patients based solely on their current symptoms.

This approach can be highly problematic since they’re basing their treatment of a patient on partial information. Instead, doctors need to do a better job connecting past symptoms reported at previous doctor visits to the symptoms the patient is currently experiencing. Without these crucial pieces of information, a cancer diagnosis could be delayed by weeks or months. And by that point, it could be too late to provide treatments that would have been available earlier, as was the cases with Paget, who died at the age of 49.

When experience, biases get in the way

As noted in the New York Times article and many reader comments, some physicians and oncologists expect most cancer patients to be older. That’s because most of their patients who developed cancer in the past were older patients. As a result, when younger patients come to them with the same cancer symptoms, some physicians miss such warning signs for cancer because they do not expect young patients to have cancer.

Stanford University Associate Professor of anthropology S. Lochlann Jain wrote about how doctors often fail to diagnose cancer in younger patients in her award-winning book, Malignant, which was partially based on her own experience of doctors failing to detect late-stage breast cancer when Jain was in her 30s. Jain wrote, “doctors often work under the misguided assumption that cancer is a disease of older people, leading to an immorally high number of delayed diagnoses and, in turn, the large proportion of late-stage cancers.”

The New York Times article referred to Jain’s 2013 book. Several New York Times readers also recounted similar stories in the comment section of the article, including one reader who noted that their 30-year-old son’s doctor did not order an x-ray for severe chest pain, only to discover three months later that he had Hodgkin’s lymphoma.

Doctors sometimes let their biases about patients interfere with their treatment. Often, those biases come from years of experience as a physician. However, all those years of experience won’t help patients who don’t receive the proper cancer screening tests in time. And the longer doctors wait to order such tests, the less time doctors have to effectively treat many aggressive forms of cancer, no matter how young or old the patient.

Physicians and other medical professionals need to set aside their personal biases or opinions based on past experience. Instead, doctors need to be focused on the patients they’re treating and take patients’ symptoms seriously right from the start, regardless of their age. That way, patients of all ages will receive the level of care they rightfully deserve in a timely manner.

Previous Post
Nursing Home Abuse and Negligence More Likely When Patients Don’t Get Visitors
Next Post
Who is Responsible for Foster Care Abuse?