MEDICAL ERROR NOW THE THIRD BIGGEST KILLER IN THE U.S.

The risk of death because of medical malpractice has long been a primary concern for patients throughout the United States. Unfortunately, new research shows that worries about medical mistakes are not unfounded. As RT reports, medical error is now the third leading cause of death within the United States. Only cancer and heart disease cause more people to pass away each year. The difference is, unlike cancer and heart disease, something could be done about medical mistakes that cost people their lives. 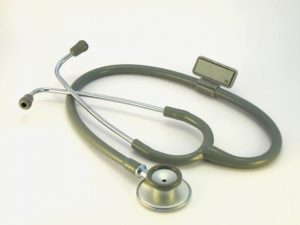 Medical Error is the Third Leading Cause of Death

Researchers from Johns Hopkins University conducted a study to determine the death rate due to medical errors in the United States. The research was prompted, in part, by the fact that official estimates from the Centers for Disease Control and Prevention (CDC) were too low when it came to measuring the total number of fatalities from medical error.

CDC had indicated medical mistakes caused 150,000 deaths each year. The problem is, CDC failed to account for medical mistakes on death certificates when creating its assessment. A professor who spearheaded the Johns Hopkins research stated: “Incidence rates for deaths directly attributable to medical care gone awry haven’t been recognized in any standardized method for collecting national statistics.”

Current medical bills and coding systems are used to facilitate payment for services of physicians, not to accurately measure people killed by medical malpractice. Johns Hopkins researchers decided to look more closely at death rate data from 2000 to 2008, gathering information from Health and Human Services, from the Inspector General, and from the Agency for Healthcare Research and Quality Statistics.

By looking at more details to find death statistics, researchers were able to identify 251,454 deaths per year as being caused by medical error. While this is significantly less than the 611,105 fatalities resulting from heart disease and 546,881 deaths occurring due to cancer, it is still a very high rate of death. While CDC said respiratory disease should be the fourth leading cause of death based on the agency’s data, the Johns Hopkins data suggests medical error is actually the third most common cause of death.

Researchers also assessed hospitalization rates in 2013, which included 35.4 million admissions, and compared death rates due to medical malpractice with other causes of death. They determined around 9.5 percent of all fatalities in the United States were caused by medical error.

Despite the high percentage of deaths due to medical malpractice, Johns Hopkins does not believe doctors are bad but instead claims the fault is in the system itself. Poor coordination of care and insurance bureaucracies are cited as possible reasons why the U.S. death rate due to medical error is so high.

While excuses may be made for doctors, the fact is the number of deaths is high enough to suggest that there are a good number of doctors making very serious mistakes and causing lasting or fatal harm as a result. Victims of injury and surviving family members of wrongful death due to medical negligence should hold facilities accountable to hopefully force some type of positive change.

After an injury or death due to medical error, contact Deratany & Kosner at 800-529-7285. Serving Chicago and surrounding areas including Evanston, Wilmette and Highland Park.