In the not-so-distant past, the experience of childbirth was greatly feared. The maternal death rate was extraordinarily high. Today, advances in science and medicine have improved the odds, but they haven’t eliminated the risk of serious injury or even death. 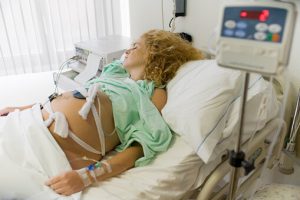 Medical malpractice attorneys in Chicago know that while there are certain anticipated complications such as dehydration, infection, convulsion and infection, doctors, nurses and other health care staff are trained to know how to prevent and address these issues. When they fail to do that, particularly if it leads to maternal death, it may be grounds for a medical malpractice lawsuit.

A recent report by ProPublica, every year 700 to 900 women in the U.S. die from pregnancy or childbirth-related causes. Another 65,000 nearly die. That is by far the worst in the developed world. The U.S. Centers for Disease Control and Prevention report that figure is three times higher than Canada and six times higher than Scandinavia. In Great Britain, the maternal death rate has fallen so low, it’s now more likely for a woman’s partner to die during pregnancy than she is. Meanwhile, maternal deaths in the U.S. have climbed.

An analysis by the CDC Foundation revealed 6 in 10 of those deaths were due to preventable causes.

Women of every race, ethnicity, age and education are affected, though women who are low-income, African Americans and those in rural areas are more likely to suffer fatal complications.

Conditions most likely to be fatal include:

Why Are U.S. Maternal Death Rates So High?

There are a number of factors that come into play when it comes to the risk of higher maternal mortality.

Chronic health issues prior to pregnancy can play a role, as can increased age. Advanced internal age is associated with more complex medical histories. About half of all U.S. pregnancies are not planned, which means many women aren’t addressing those prior chronic issues.

C-sections are also associated with more complications, and the U.S. has a higher rate of them.

All of this would be concerning no matter what, but it’s especially worrisome given that the death rate of mothers globally in developed countries has fallen so substantially.

A recent statement by the president of health policy for the American Congress of Obstetricians and Gynecologists told ProPublica that while much of the focus in health care is for the benefit of the baby, far less time, attention and funding goes toward ensuring the health of the mother. There is a wide gap in insurance when it comes to available coverage for the infant versus available cover for the mother.

In many maternity wards, babies are monitored very closely, while new mothers don’t receive nearly as much care. They may get information about breastfeeding, but very little instruction about what to do if they personally need medical attention.

Just look at preeclampsia. In Great Britain, there were a total of two preeclampsia deaths between 2012 and 2014. Meanwhile in the U.S., this condition still accounts for 8 percent of all maternal deaths, or somewhere between 50 and 70 annually.

If you believe the death of a new mother may have involved medical malpractice – or even if you aren’t sure – our experienced injury lawyers can help.