Bias can become a matter of life or death when doctors are trained to identify symptoms only as they appear in white men. 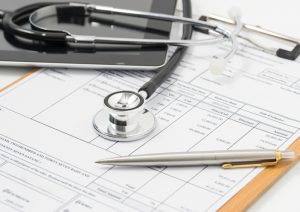 A study found bad physician judgment was to blame for 86 percent of 55,377 malpractice claims where misdiagnosis led to death or disability. The study was by the Johns Hopkins Armstrong Institute for Patient Safety and Quality’s Center for Diagnostic Excellence.

David Newman-Toker, director of the Johns Hopkins agency, said that if you are having a stroke, there is about a 9 percent chance you will be misdiagnosed in the emergency room. The statistic applies to all age groups when the patient is seen initially in the ER.

If you’re young, female, a person of color or have limited education, such as less than a high school degree, the risk of misdiagnosis soars.

As for whether it can be declared that bias is a gateway to disparities in health care, Newman-Toker said it was hard to make that conclusion. It’s difficult to determine whether some diagnostic errors are caused by racism or sexism. They may simply lack knowledge about how certain diseases appear differently because of a person’s race, age or gender, he said.

Results show that the health care industry treats women poorly in comparison to men. Being a woman means a higher risk by 30 percent that a doctor will misdiagnose a stroke.

When a woman’s symptoms don’t follow specific patterns learned in medical school, that can trigger the centuries-old habit of relegating medical complaints to feminine hysteria, said Alyson McGregor, co-founder and director of the Sex and Gender in Emergency Medicine Division at the Warren Alpert Medical School of Brown University.

Then there’s race. Blacks with severe depression are more likely to be misdiagnosed with schizophrenia. That’s in comparison to white Americans showing the same symptoms, said Stephen Strakowski, acting senior associate dean of research and a psychiatry professor at Dell Medical School at the University of Texas at Austin.

As a result, many blacks do not get the antidepressant or mood stabilizer they need. They also may suffer unnecessary side effects from schizophrenia medications. As patients seek solutions it helps to understand that doctors make the right diagnosis most of the time.

Patients can help themselves. Speak up if you think a doctor is missing something. Bring your medical records to appointments. This will help give doctors specifics about you to consider, instead of generalizing about symptoms and diagnoses.

A good question to ask is this: “What is the most worrisome thing this could be and why isn’t it that?” If the doctor can’t support an opinion or is dismissive, it’s a red flag that the diagnosis may be only a gut reaction.

If you are not reassured by your doctor’s diagnosis, get a second opinion. Revisit your doctor if symptoms persist because that could mean you got a wrong diagnosis, not that medicine isn’t working.

Contact Deratany & Kosner Personal Injury Lawyers in Chicago, Illinois today for help if you think doctor bias was a factor in your misdiagnosis.