HAS MY DOCTOR BEEN SUED FOR MEDICAL MALPRACTICE?

In a 2010 report by the American Medical Association (AMA), more than 60 percent of doctors over the age of 55 have been sued at least once. This may seem shocking, but it is not. Most physicians will be sued for malpractice at some point in their career, whether or not the cases are dismissed or go to court. 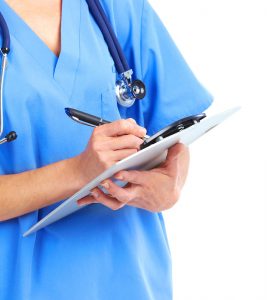 The report also stated that certain specialists, such as general surgeons and OB-GYNs, were more likely to be sued compared to pediatricians and psychiatrists. But the thing is: any doctor can face medical malpractice at some point in their career.

So, how do you check to see if your current or future doctor or facility has encountered an issue?

Your State Department of Health Services can help you find information and records on hospitals. If a certain facility has had a complaint, it will be located here.

Have you ever looked at your state’s medical boards? Every state has a board that licenses doctors to practice in their state. They also handle the disciplinary actions. If your doctor has ever had any issues such as a felony, misdemeanor or malpractice, it will be listed here.

Don’t forget about court records. If a doctor has ever been sued, there will be record of it. Look for it in the county that the doctor practices in. Most of these records are free online, but you may need to pay for a copy of it.

So what happens if your doctor has encountered some sort of malpractice? Take precautionary steps, research to know the case and decide whether or not you want to pursue with seeking medical care from them.

If you or someone you know has been affected by medical malpractice, contact an experienced attorney at the Deratany Firm to advise you of your legal rights. In many cases, patients are not at fault and can obtain legal representation to help pay for medical bills and damages.