Most people expect doctors to provide reasonable care and avoid egregious mistakes which can be detrimental to a patient’s health. Unfortunately, sometimes doctors do things which are so clearly negligent and below the professional standard of care that there is no question they have harmed the patient. 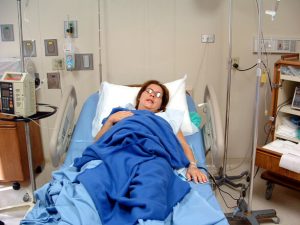 In cases like this, a legal doctrine called res ipsa loquitor can apply. Res ipsa loquitor means the thing speaks for itself. It signifies that the behavior on the part of the doctor is egregious enough that negligence can be presumed, and a plaintiff isn’t required to specifically prove negligence, other than by showing the terrible thing the doctor did.

While many medical malpractice cases aren’t so open and shut, cases in which res ipsa loquitor applies are situations in which no reasonable person could argue the doctor’s actions were justified. A recent Health Aim (no longer available) article illustrated some examples of these types of cases.

Some of the most disturbing examples of malpractice which were assembled on the Health Aim list include:

These are just a few of many examples of situations where patients receive clearly improper medical care.

Previous Post
Healthcare System Complexity is a Top Cause of Medical Error
Next Post
$10.7 Million Awarded in Toddler Death Lawsuit