CHICAGO (March 28, 2018) – A jury recently ordered a social services agency to pay a record-setting $45 million in damages after determining the agency was negligent in a case involving a murdered boy. The jury award is the largest in Illinois history in a case involving the death of a toddler. 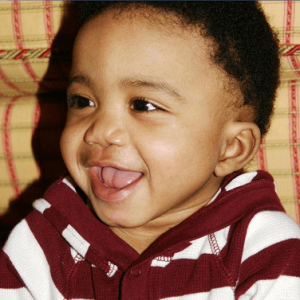 Two-year-old Lavandis Hudson was beaten to death in 2011, three weeks after being allowed to return home with his mother following an investigation by Lutheran Social Services, Inc., an agency contracted by the Illinois Department of Children & Family Services to provide care. The mother, Marles Blackman, was charged with the boy’s murder in 2012.

Attorney Jay Paul Deratany said the jury recognized that the agency’s negligence put Lavandis Hudson in harm’s way. “Lutheran Social Services knew that the mother had an extensive history of drug abuse and violence,” Deratany said. “Lavandis should never have been put back in such a dangerous situation.”

Deratany said Blackman’s history of drug abuse and violence includes several battery and assault charges, and that she was once charged with setting her brother, a double amputee, on fire.

The boy had first been taken from his mother shortly after his premature birth in 2009 after it was discovered he had cocaine and opiates in his body. After completing court-ordered requirements, Blackman regained custody of her son in September 2010.

On June 28, 2011, Blackman took Lavandis to the hospital for injuries, claiming he had fallen off of his bed. The agency investigated but allowed her to take the boy home after determining he was not at serious risk. On July 20 that same year, Blackman called 911 to report that her son had suffered a seizure. The boy died the next day. An autopsy determined the cause of death to be multiple blunt force trauma.