Car accidents can occur whenever a motorist makes an unsafe choice, such as driving while fatigued. Truck accidents are some of the most dangerous types of motor vehicle collisions on the road. Unfortunately, Safety BLR recently reported a survey of truck drivers in which professional drivers indicated conditions in their workplace were routinely causing them to take unnecessary risks.  These risks are being taken despite federal regulations aimed at preventing some of the very types of behavior that truck drivers are engaging in. 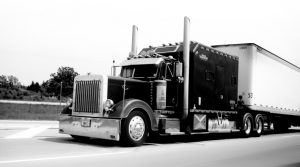 The most likely victim of a truck accident is not the truck driver, but someone outside of the truck, like a passenger or driver in another motor vehicle.  These victims need to understand that both the truck driver and often the trucking company can be held accountable for crashes.

The National Institute of Occupational Safety visited 32 different truck stops throughout the United States to interview truck drivers about the risks they experience while performing their jobs. More than 1,200 long haul truck drivers were interviewed by NIOSH. Unfortunately, the things that the truckers cited as on-the-job risks not only endanger the professional driver but also make the roads significantly more dangerous for every motorist.

The research revealed that 74 percent of all long haul truckers had worked under conditions where the delivery schedule given to them by their employer was unreasonable. They indicated they could not fulfill this scheduling obligation while maintaining best practices for safety. Some of the risks of unreasonable schedules included pressure to violate hours-on-duty rules set by the Federal Motor Carrier Safety Administration, as well as driving when feeling fatigued and exceeding the speed limit in order to try to cut the time of the trip and make an on-time delivery.

The study also revealed that 38 percent of long-haul truckers said they had started their careers with their employers without receiving proper training. While truckers need to have a commercial driver’s license, a CDL does not automatically mean they are familiar enough with the particular truck they are driving or with best practices for loading trucks in a real-world setting. When employers fail to provide training, this can create conditions where truckers are not operating their vehicles safely.

As a result of these failures and other problems on the road, 35 percent of truckers indicated they had been in a collision at least once over the course of their careers. These crashes could be deadly, and trucking companies need to ensure they are not putting truckers in a position where the risk of an accident is unnecessarily increased.

Previous Post
Chicago Bike Lanes: On the Right Path?
Next Post
Has My Doctor Been Sued For Medical Malpractice?