Michael Kosner has been practicing law in Chicago since 1998. After graduating from the University of Miami, he practiced in southern Florida before returning to Chicago, where he was raised in the northern suburbs. In 2018, he became a partner at Deratany & Kosner.

In 2005, at the age of 35, Mr. Kosner effectuated one of the largest stillbirth settlements in Illinois history. The case was settled in fewer than 90 days from the time he started working on it. 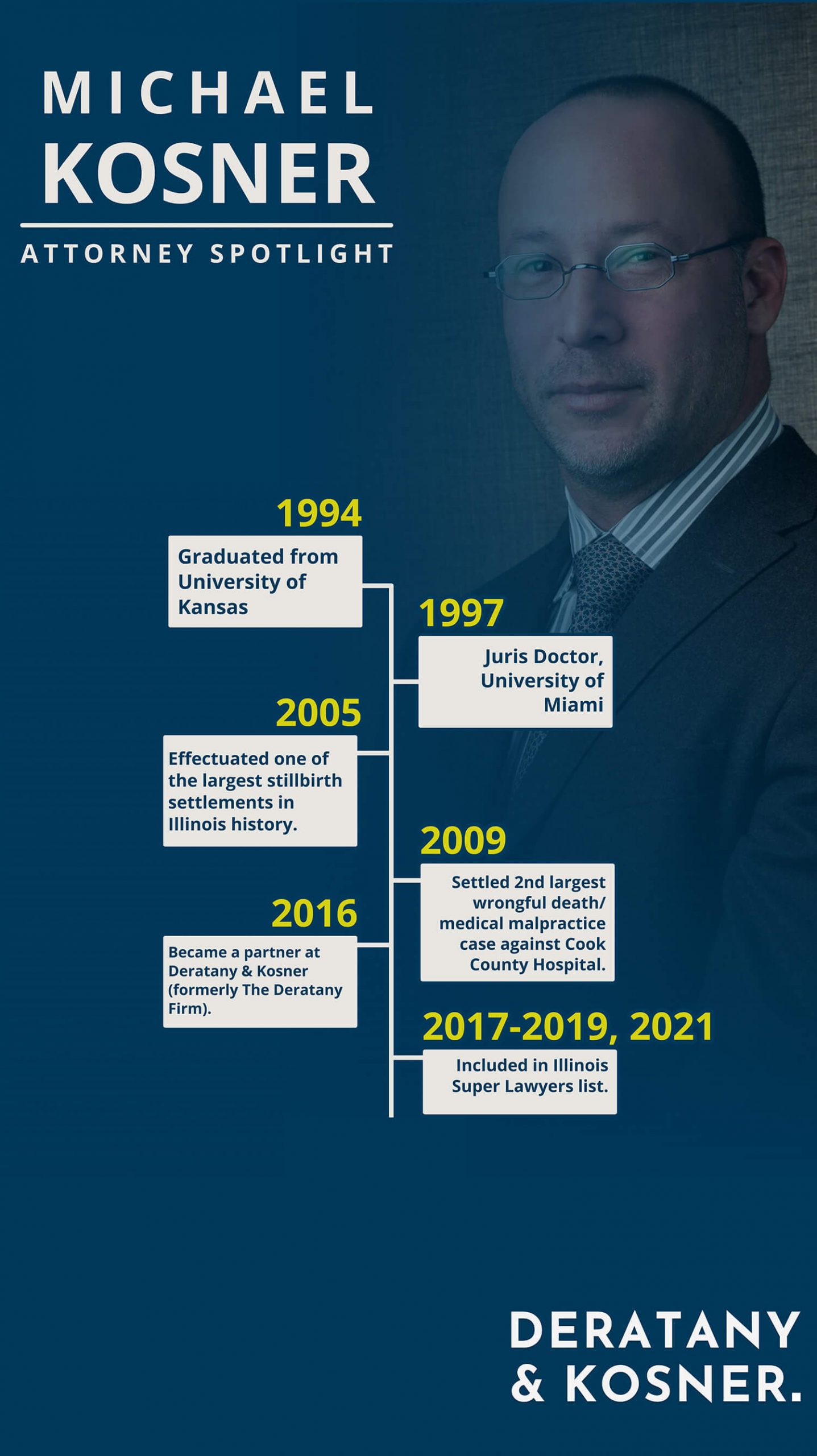 Mr. Kosner is a devoted family man. He lives in Chicago with his wife and two children.