Jay Paul Deratany, the founder of Deratany & Kosner, has a proven track record of helping clients get the most efficient and pertinent results. His success in the courtroom includes winning a historic $45,000,000 verdict in a foster care wrongful death case as well as the then-largest jury verdict in Lake County history, $23,000,000, in a birth injury case.

Mr. Deratany has served on numerous boards, including Howard Brown, Chicago House, Perspectives Charter Schools, and Community Support Services. He won the Ekroth Award for his federal lawsuit advocating on behalf of disabled women who were being discriminated against in housing. 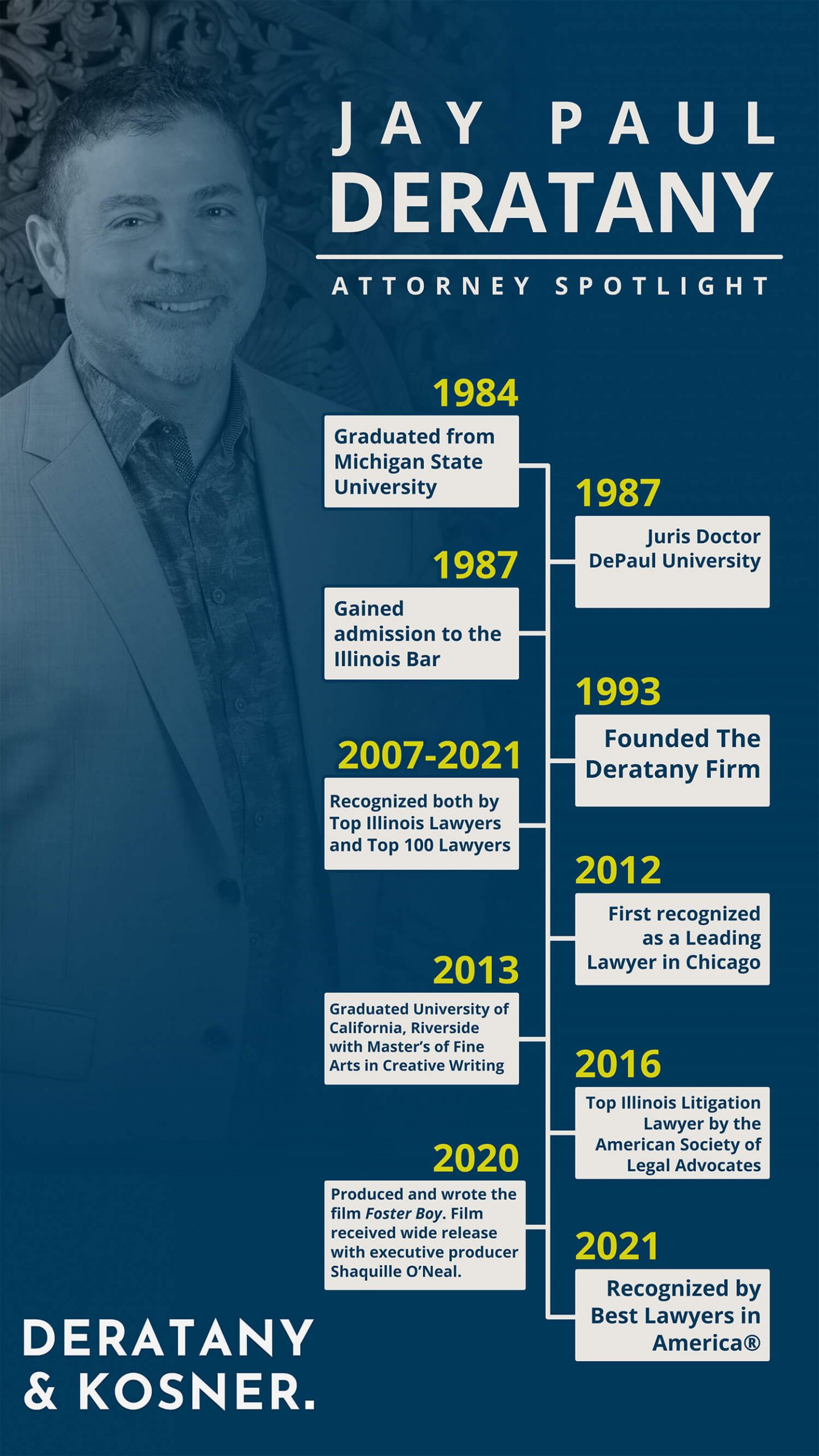 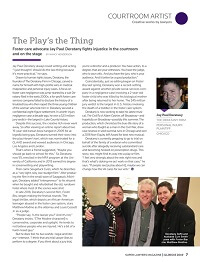 Mr. Deratany is also a playwright; his hit play, Haram Iran, was nominated for a GLAAD theater award and has played in Chicago, Los Angeles, and soon London. He also has recently finished production of his first feature film titled Saugatuck Cures. SuperLawyers recently profiled Deratany’s work as a playwright and how it dovetails with his legal career.

Additionally, Mr. Deratany is a successful entrepreneur. During the filming of Saugatuck Cures, he used a historic home in Saugatuck, the Sarah M Kirby House, as a “base-camp.” Mr. Deratany took the house under his wing and began renovations to reopen it as a boutique hotel, The Kirby.

Mr. Deratany continues to advocate for global LGBT youth rights. He serves on the board of directors of Ekta Transglobal, a nonprofit organization that advocates for LGBT equality.