When children enter the foster care system, our hope is that they all find a loving, caring home. However, that is often not the case – children are often pushed into crowded group homes or to less than ideal placements. In any case where a child is moved through the foster care system, even if they have the opportunity to find a loving home, the transition is traumatic – in fact, 1 in 4 foster care children end up with PTSD symptoms. Even though we may hope for an ideal situation for these vulnerable children, one of the biggest causes of abuse in foster care is the existence of for-profit foster care agencies that prioritize profits over people, which is especially egregious when these agencies are supposed to be protecting and helping some of the most vulnerable children in the population.

According to the US Senate Committee on Finance, “The very agencies charged with and paid to keep foster children safe too often failed to provide even the most basic protections, or to take steps to prevent the occurrence of tragedies.” For-profit foster care agencies are some of the biggest culprits of failing to provide these protections, with 31 states using for-profit agencies to help manage the caseload of children entering the foster care system and these agencies creating a billion-dollar industry built on the backs of vulnerable children because all too often these companies act in their or their shareholders’ best interest and not in the interest of a child’s well-being. In fact, one of the largest for-profit foster care agencies in the country, Mentor, showed rates of abuse and mistreatment of foster children they manage at 170% above the overall rate.

A recent report out of West Virginia showcased that this abuse is unfortunately all too common. The investigation discovered that WV was not only shipping their foster children out of state to for-profit agencies but that those children were suffering serious abuse and neglect at the hands of these agencies, far out of the way of the state agency that is supposed to be protecting them. The USA Today report found 22 accounts of serious abuse and neglect, including children being placed in a “time out chair” for hours or weeks, being forced into manual labor, and suffering sexual assault at the hands of their caretakers. These horrendous accounts are unfortunately all too common and is the continual proof as to why we need to #FixFosterCare by ending the involvement of for-profit agencies in foster care.

Deratany & Kosner founder, Jay Paul Deratany, has been advocating for foster children for decades and has seen some horrendous abuses in the system, which caused him to become not just a legal advocate for these children, but a social advocate, through his writing and producing of the movie Foster Boy, which highlights the abuses within the system and why we need to advocate for these children. Jay says about why he wrote the film: “I wanted more than a jury of twelve to see the injustice so that something can be done.” Foster Boy, which is a story told from the amalgamation of three cases Jay represented and won, shows how emotionally draining and dangerous foster care can be for children if they are not treated properly.

Do you or someone you know have a foster child that has experienced abuse in the system? We can help. 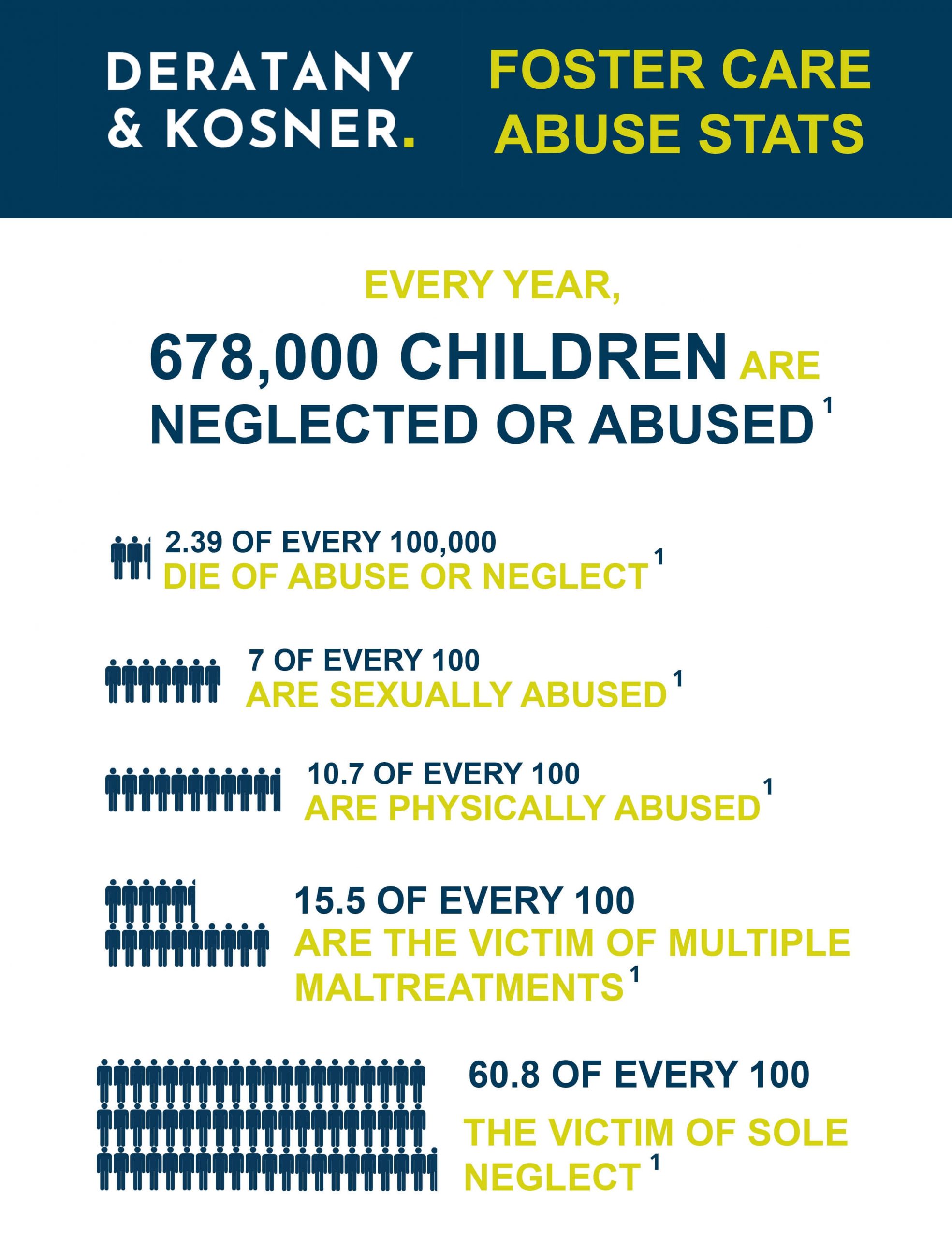